Tracing the Roman origins of Parma

The Roman origins of Parma date back to 2,200 years ago according to the Roman historian Titus Livius (or Livy). In his history of Rome he writes that the Roman colony of Parma was established in 183 B.C. and the first settlers were two thousand men and their families.

We know that the city thrived and in time it had marble public buildings, but none of them are visible nowadays, so after two millennia how much of Roman Parma is left?

The Roman origins of Parma: a river, a ford and a bridge along the via Aemilia 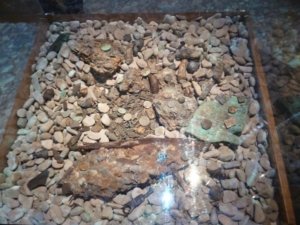 Coins and bits of metal in the river Parma

The river Parma is the place where it all started. Before the Romans chose the site for their colony, here was a ford across the river. Archaeologists have discovered a trove of coins and bits of metal dating back to the III century B.C. It proves that Celtic populations already lived here and appreciated the strategic value of this site placed between the river Po in the north and the Apennines in the south. 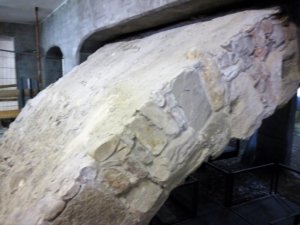 The ancient bridge on the river Parma

A network of roads (viae) connected Roman cities; Parma, like many cities of the region Emilia-Romagna, was built along the via Aemilia which went – still goes – from Rimini (Ariminum) on the Adriatic sea to Piacenza (Placentia) on the river Po (Padus). The region actually gets the first part of its name from this road.

Under the modern road surface the via Aemilia still crosses the centre of Parma from east to west. Next to Ponte di mezzo, the central bridge of Parma, we can still see two arches from the ancient stone bridge.

The Roman origins of Parma: public and private buildings 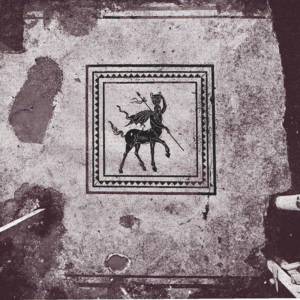 A mosaic from the Roman bath house in Parma 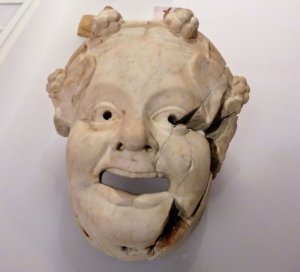 A masque from the Roman theatre in Parma

Parma, like all Roman cities, had important buildings: public ones like an amphitheatre, a theatre, the bath house, and private ones – villas and tenements. Though archeologists have been able to identify the site of many public and private buildings, unfortunately they no longer exist because in the Middle Ages building material, especially marble, was reused to build anew.

Only fragments of the ancient city are preserved, but they allow us to cast a glance across the centuries and imagine the life in Roman Parma …

The Roman origins of Parma: the people 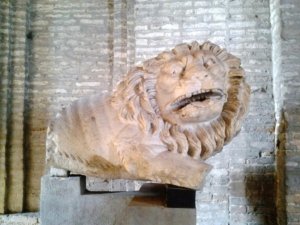 A lion from a Roman funerary monument in Parma

A hoard from Roman Parma

The names and sometimes the portraits of people living in the area of Parma in Roman times have reached us mainly through funerary art: Pupius Amicus was a dyer, Sallustius Pusio was a shearer – in fact Parma was one of the main centres for the production of wool in northern Italy.

Sometimes we don’t know the names of the people but we can imagine their stories: a pair of amazing stone lions which were found along the via Aemilia (where now via D’Azeglio is) once guarded the funerary monument of someone very rich; a hoard of jewels and coins was probably hidden in a hurry inside vases during an invasion in the third century A.D. …

If you want to learn about the origins of Parma, the best place to start from is – of course – the national Archeological museum. If you are interested in history, you can choose one of the tours in the section Parma, a little capital of our site and you’ll discover with us how much of Roman Parma has survived through the centuries!
Laura Cova2020-03-03T12:51:07+01:00